Easy and delicious, this goat cheese, blackberry, and mint crostini makes the perfect party appetizer all year round! 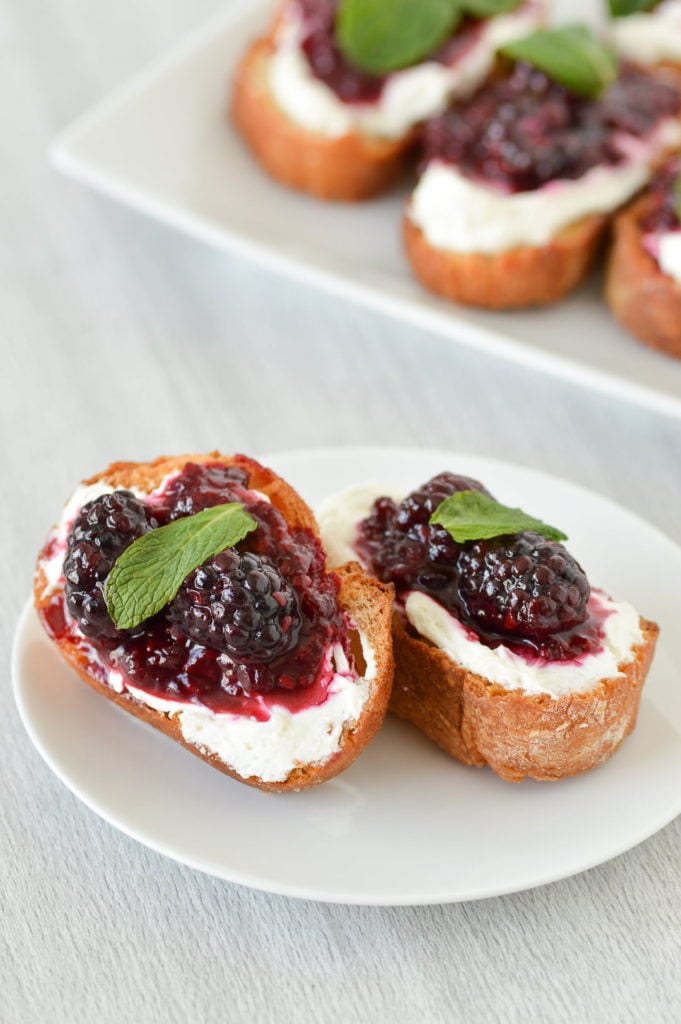 Crostini means little crust in Italian.  They are small slices of bread, brushed with olive oil, and toasted or grilled.  Click here to find out how to make them.   Crostini can have a variety of toppings like this springtime fava bean crostini or this hearty roast beef crostini. They’re so many topping options they make a perfect party appetizer.

This is such a great appetizer because it is so simple.  To make the blackberry compote, you add half blackberries, sugar, and lemon juice in a heavy bottomed saucepan and cook down for 10 minutes, smashing the blackberries as they cook.  Once cooked, you remove from heat and stir in the remaining blackberries. 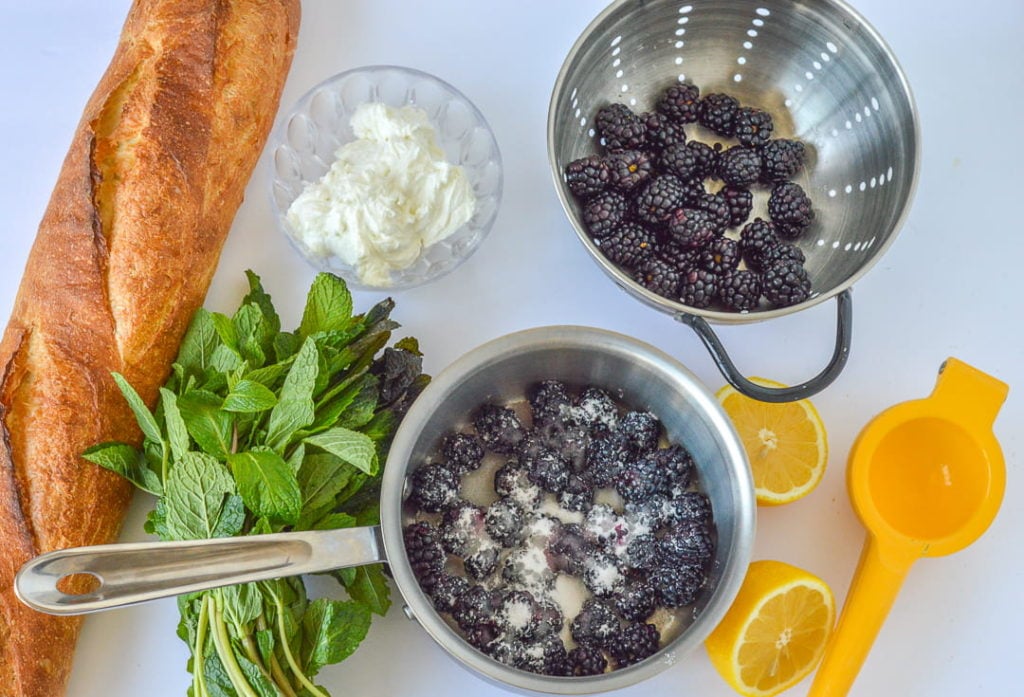 To whip the goat cheese, you add it to a standing mixer or hand held mixer with a whisk attachment and add the cream, and whip on medium high for a minute or two. You can even skip this step and just use plan goat cheese if you don’t feel like it or don’t have a mixer.   The crostini still taste great. Then, top toasted crostini with goat cheese, blackberry reduction, and a bit of mint. That’s it! 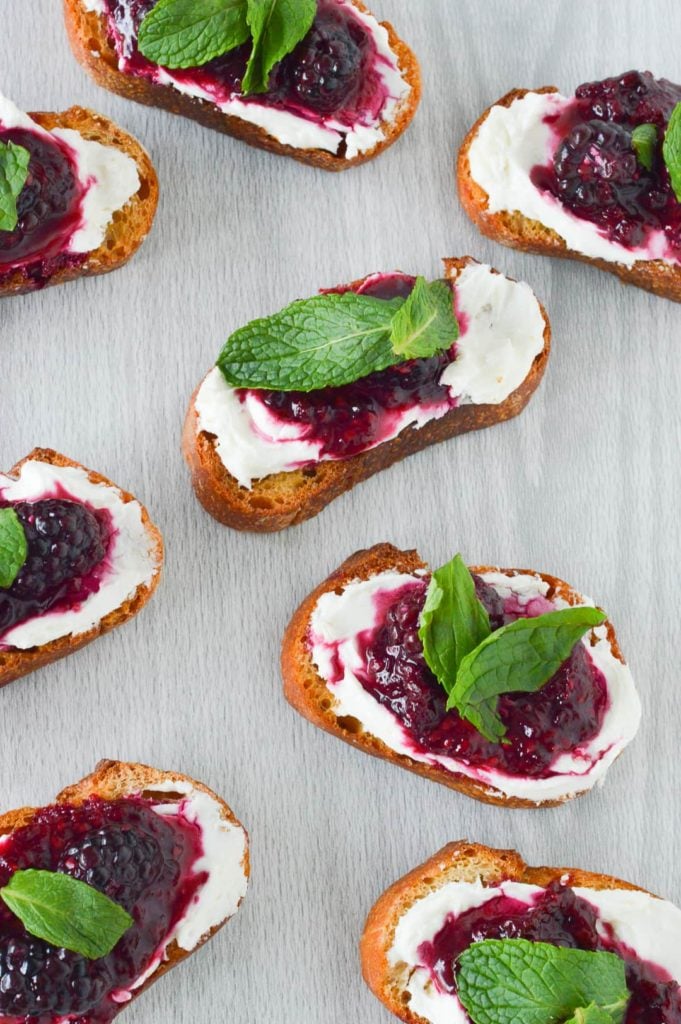 You can make the crostini toasts 2 or 3 days in advance as long as you keep it in an airtight container at room temperature.  You can re-toast right before serving if you want them warm and crispy. The toasted crostini are also freezer friendly. You can also freeze the toasted crostini for up to 3 months and re-toast when ready to use.

The goat cheese and blackberry compote toppings can also be made up to three days in advance. Keep in airtight containers in the fridge until ready to assemble and serve. 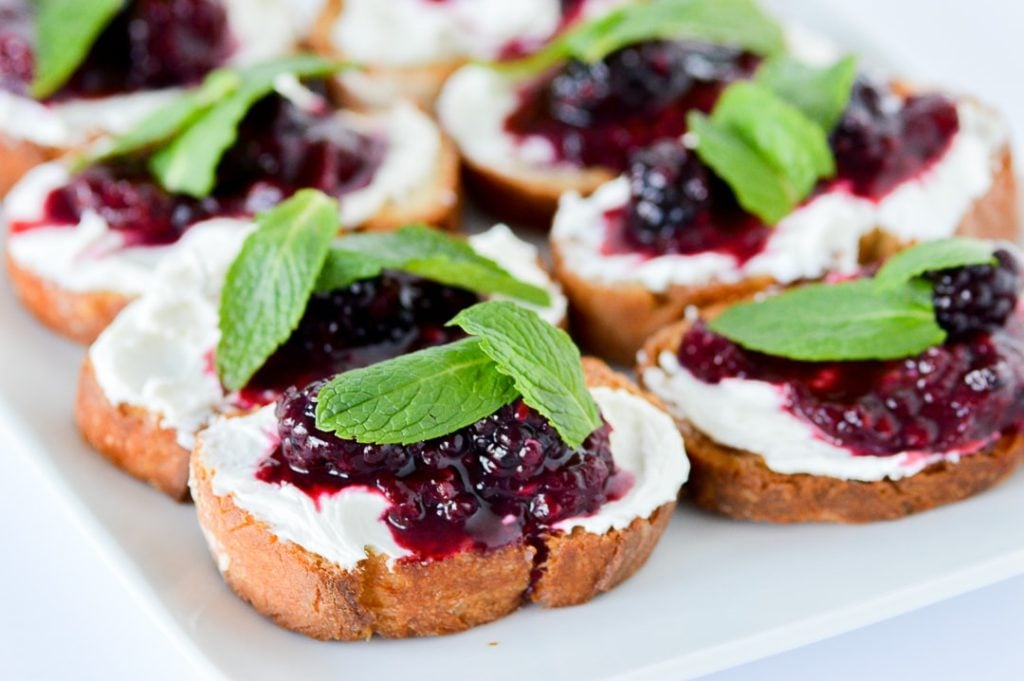 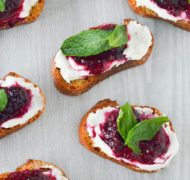 Easy and delicious, this goat cheese, blackberry, and mint crostini makes the perfect appetizer all year round!

Welcome to the Party!

I'm Sophia and thank you for visiting Partylicious! Focusing on dishes that will wow at your next party, my goal is to create food and drinks that are as beautiful and fun as they are delicious. Read More…

Get new recipes right to your inbox

DON'T MISS ALL THE LATEST!